When Highways England engineers identified the need to replace part of the supporting concrete structure on a busy motorway bridge, our engineers worked closely with the customer to come up with a creative solution to some unusual challenges so that repair work could go ahead.

Construction company Interserve were awarded the contract to replace one of the piers supporting the M62 bridge over the A162 in Ferrybridge, West Yorkshire. 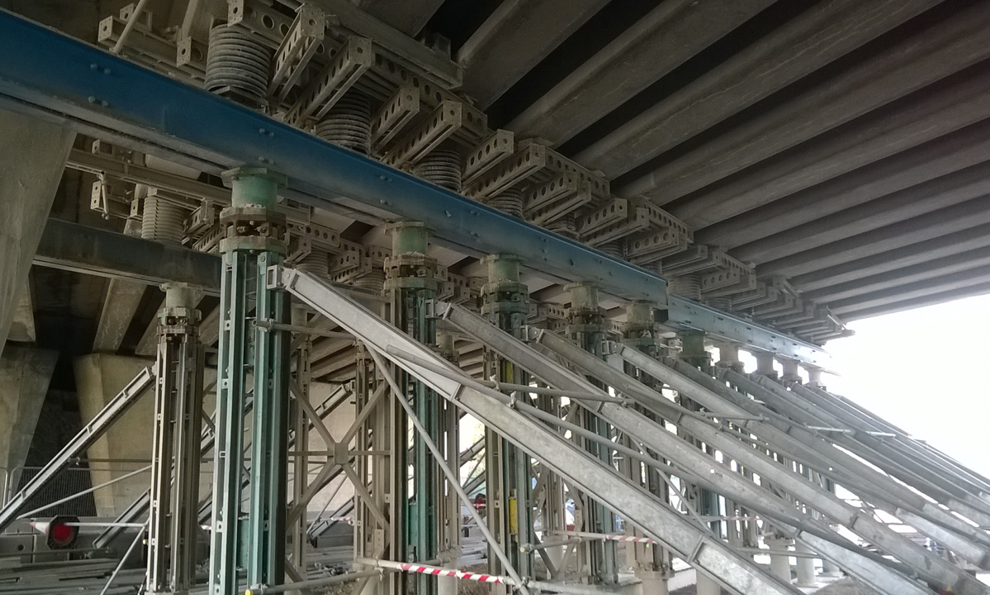 As well as the vertical loads from traffic travelling over the bridge, we had to consider the potential horizontal load in the event of vehicles striking the crash beams. This meant planning for a potential load of 1,950 tonnes that the deteriorating beams would not be able to support once the pier was removed. 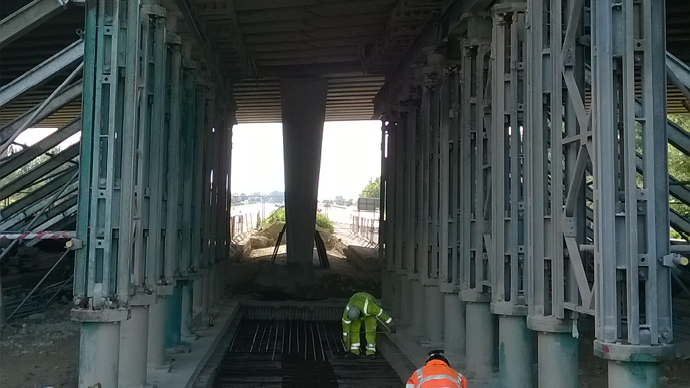 We supplied 52 tonnes of our strongest propping system, Superprop, to prop the bridge on either side of the pier. Our hydraulics team and site crew transferred the load to the props using 44 Hymat jacks during night closures of the M62.

The pier was replaced over the following weeks and, in order to make sure the road below the M62 was open on schedule in time for Christmas, the same teams stayed on site to de-jack and dismantle the system.

From working through a near unsolvable engineering problem with our Technical Services team, to de-mobbing the site in record time and giving us the programme confidence to complete the site before the Christmas break, Mabey Hire contributed all they could to the success of the project.