Kirkthorpe Hydropower is one of the largest hydroelectric power schemes in Yorkshire. The £5.3m hydropower scheme, built on the River Calder at Kirkthorpe, uses the flow of the river to power a single 500kW axial turbine to generate around 2.3million units of carbon-free electricity per year, equivalent to the consumption of 800 households. It runs 24/7, 10-11 months of the year, and will run for at least the next 100 years. Salmon, eels and other migratory fish will be able to pass the hydro scheme’s weir safely, protected by a large custom-designed inlet screen. 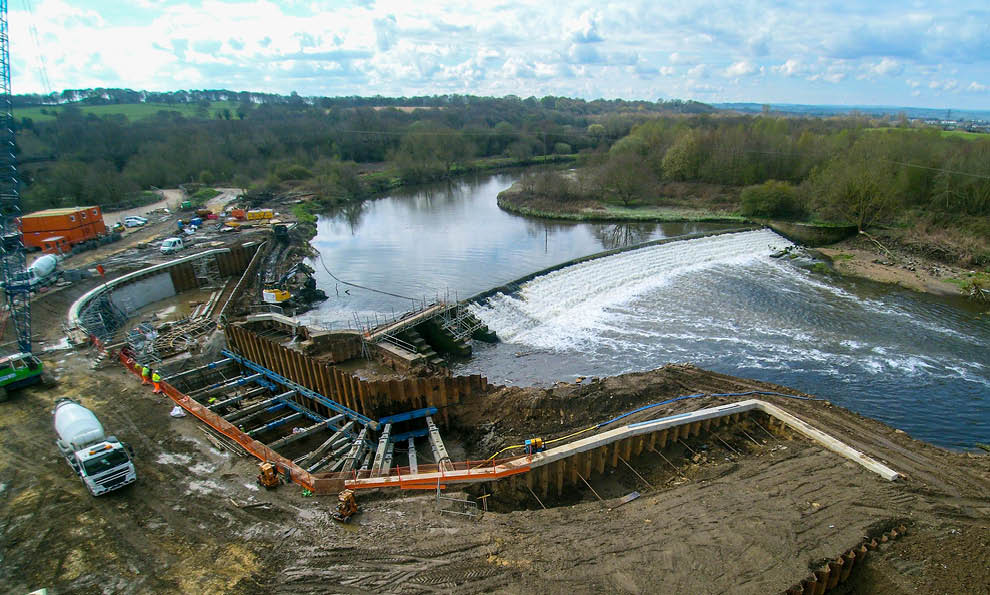 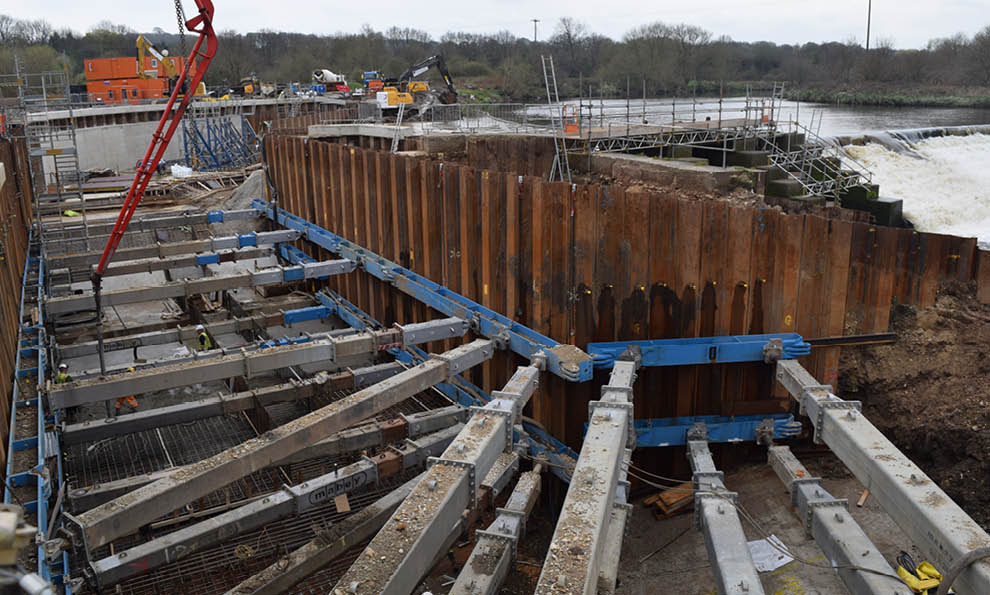 units of electricity generated per year

The project required the installation of a sheet piled cofferdam in order to construct a new reinforced concrete structure for the axial turbine adjacent to the existing weir and sluices. The high water table and 9m depth of the cofferdam meant the maximum load on the shoring equipment would be as high as 570kN/m.

We were invited by Eric Wright to the initial tender meeting for the complex Kirkthorpe Hydroelectric scheme. The early involvement allowed our engineering team to work with Eric Wright and P&S Consulting Engineers to evaluate the temporary works requirements which, due to the complex shape, meant various support methods would be required. Eric Wright adopted a tie back system to the curved sections and top level support.

We were tasked with the lower frame propping of the 9m deep central section of the cofferdam, which would encompass the turbine area of the project and the complex surrounding structure. The load on the lower frames in the deepest section of the cofferdam was 570kN/m, which is high for proprietary shoring equipment. We selected Supershaft Plus which at the time of the project was the strongest proprietary brace on the market, which allowed maximum spacing of the cross struts. Using proprietary equipment meant a quicker installation and removal time than on-site fabrication of frames with structural steel, which would have also been more expensive.

Early collaboration between Eric Wright’s construction manager and our engineering team also allowed the frame and propping to be positioned and sequenced to avoid disrupting the construction of the complex in-situ concrete structure.

Our lead engineer on the project said: “Early involvement with Eric Wright ensured we only used proprietary equipment in the areas that could offer a real benefit to the project in terms of both cost and programme”.

Kirkthorpe is a significant and long-term investment in Yorkshire’s energy infrastructure and all credit must go to those involved in its design and construction. Kirkthorpe delivers clean and sustainable energy to local homes and businesses and will further improve the quality of the River Calder for future generations to come.

I’m delighted to have been given the opportunity to open Kirkthorpe and see another fine example of British engineering.

A three mile section of the A591 in the Lake District was left completely impassable after it collapsed following flooding. A new route was identified which crossed rivers at two points, meaning two temporary bridges were required.

The Canal & River Trust identified the canal bank required remedial repairs. Mabey Hire was contacted to supply the Interlocking Trench Sheets to provide a permanent edge protection for the Ormskirk section of the canal. 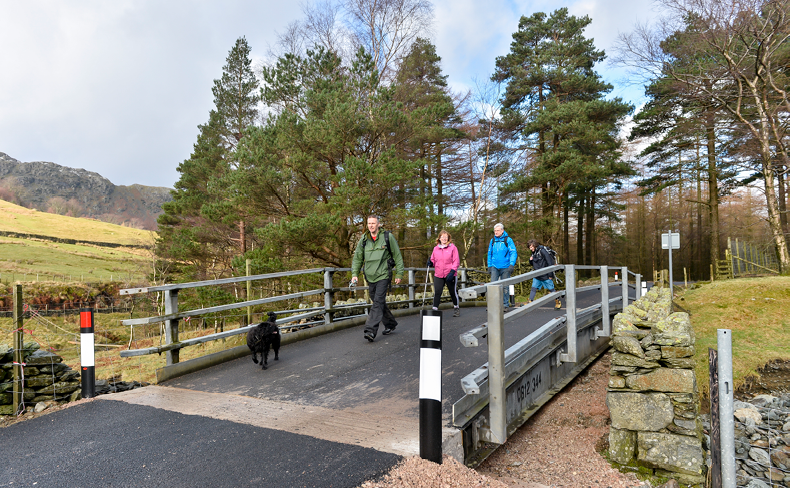