Situated in Ellesmere Port in North West England, Stanlow Oil Refinery produces a sixth of the UK’s petrol needs. With a refining capacity of 12 million tonnes per year, it is the second largest oil refinery in the UK.

A major refurbishment project was given the go ahead to give the refinery another 25 years of life, with the replacement of the 475 tonne cyclone head at the heart of it. 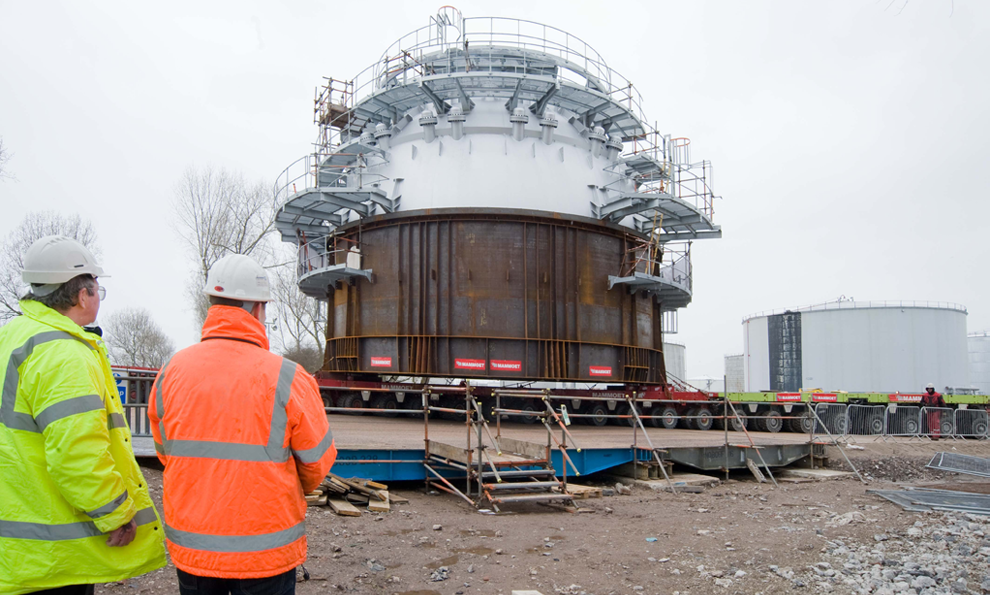 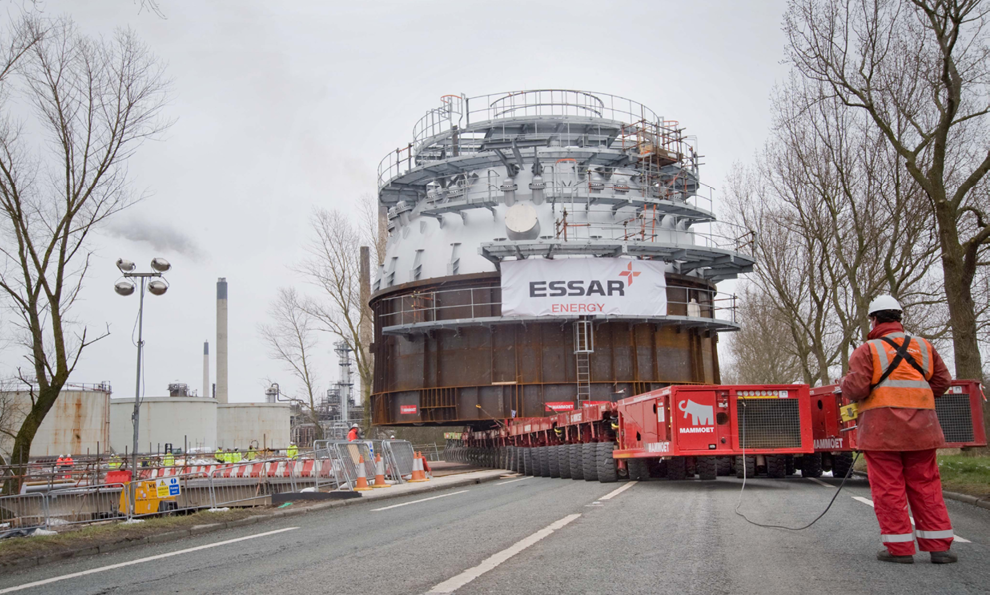 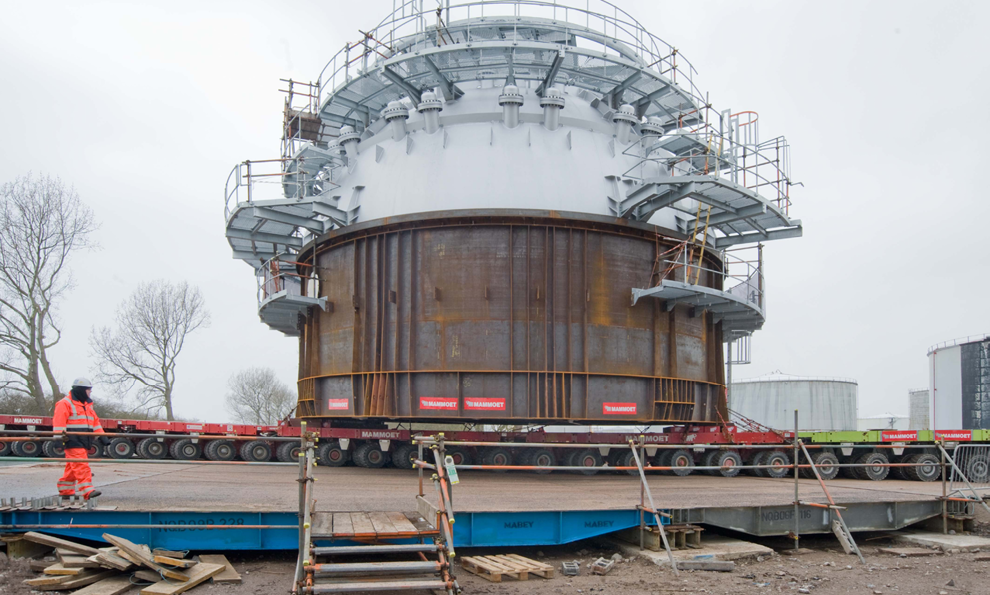 The unit had to be delivered to site on a special transport vehicle consisting of 22 axle lines, bringing the total vehicle weight to a massive 650 tonnes. Transport was arranged for the cyclone head to be moved down the M6, onto the A5117 and then across a ditch to the main site.

We were contacted by Hutchinson Engineering to supply a 33m x 16m temporary bridging solution to support the transport across the ditch.

It was originally planned that an embankment would be installed but due to services, a new plan was devised to span over them. The substructure of the embankment had already been installed but we were able to modify and fabricate special components to enable a Quickbridge system to be installed. 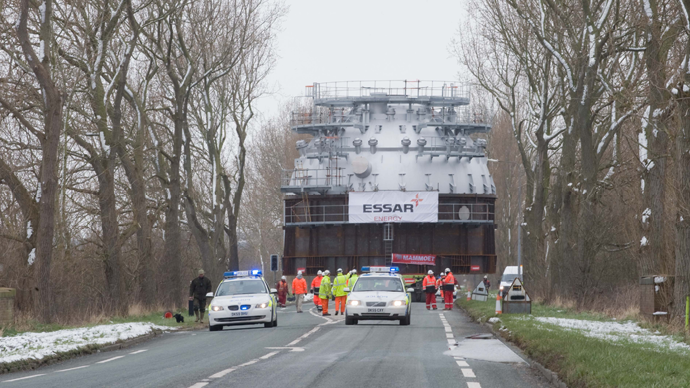 In total, we supplied 29 Quickbridges (six 12m, ten 9m and thirteen 6m) alongside Mat 125 twin joist supports. Quickbridge units are the only proprietary “off-the-shelf” bridging solution on the market capable of sustaining this mammoth load due to their very design for full highway loadings.

Due to the importance of the project, the units were prepared and loaded to the vehicles ready for dispatch on the signal of the client. The huge 475 tonne generator head was driven along the M53 in Ellesmere Port. The motorway was closed in both directions between Ellesmere Port Docks at Junction 8 and Little Stanney at Junction 10 for two hours. It formed the biggest load seen on the motorway for more than 25 years as it made the four-mile journey from Ellesmere Port Docks in just over six hours.