As part of the Crossrail project, a 73 mile (117km) new railway line in London, Network Rail built a new bridge over the line at Thorney Lane in Iver. The new bridge accommodates overhead cables needed to introduce greener and more reliable electric trains. The original Thorney Lane Bridge, along with many others along the route, was not high enough to allow room for the overhead electric cables, so needed replacing. 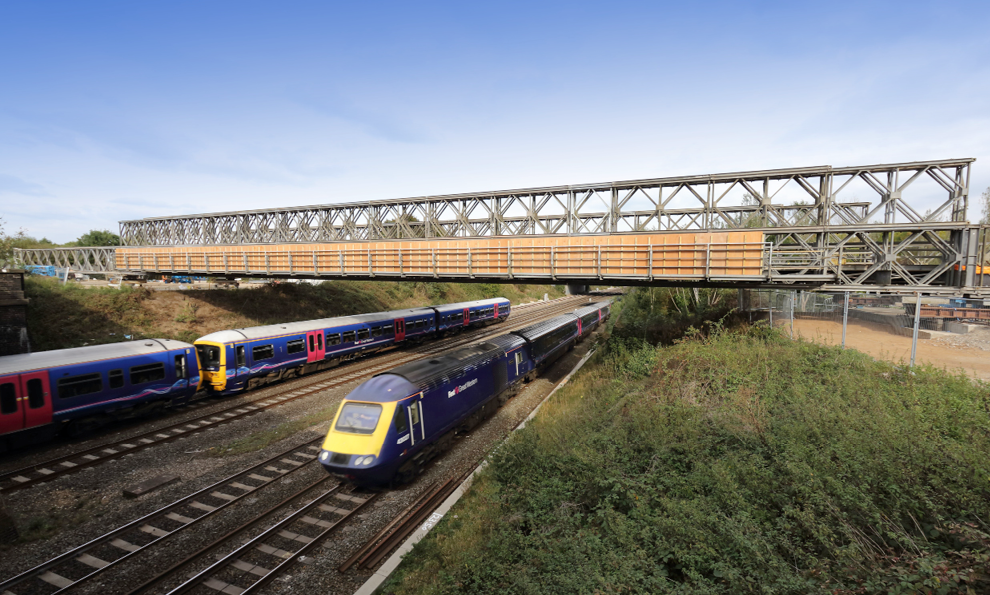 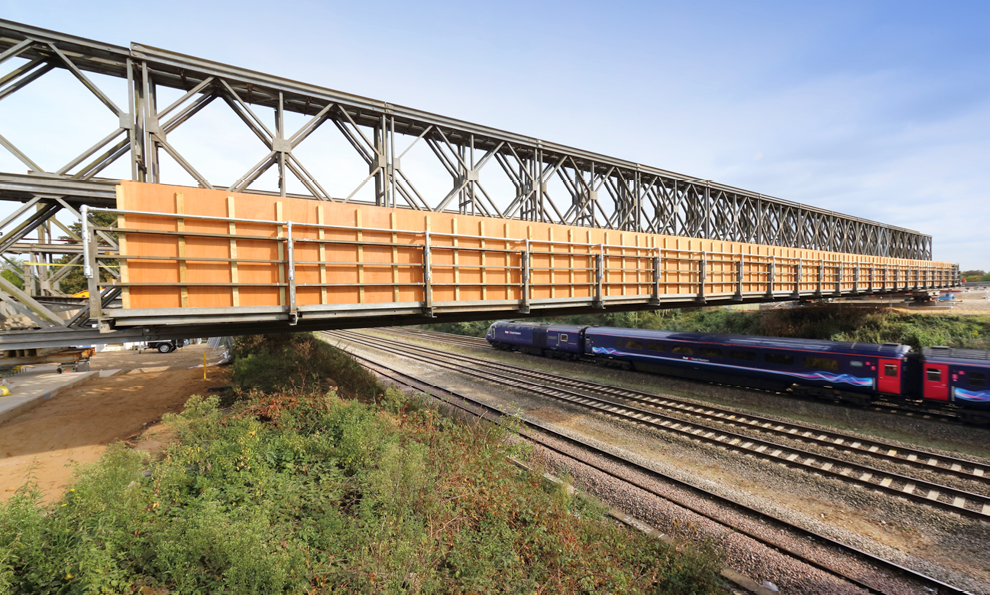 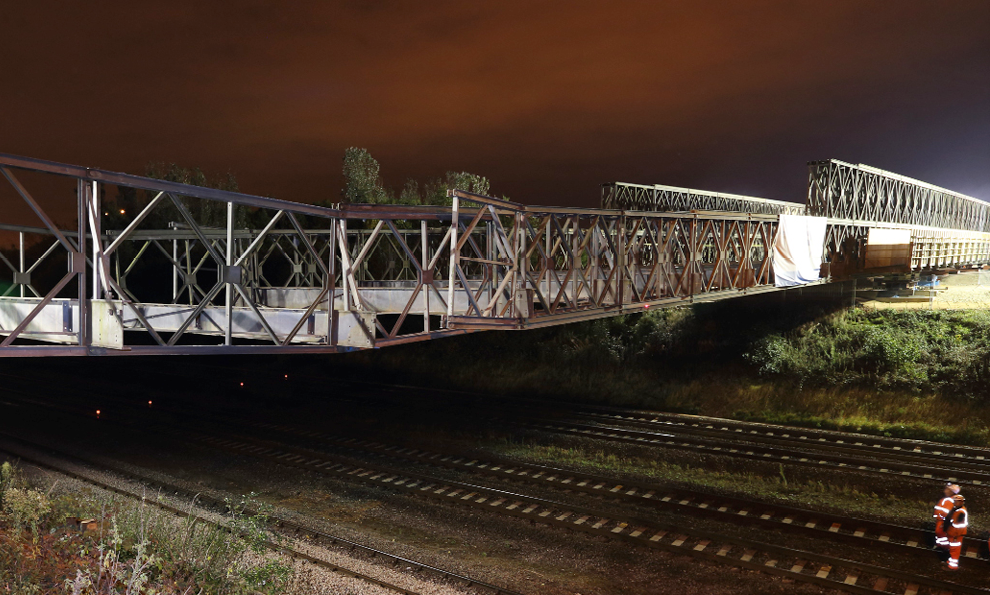 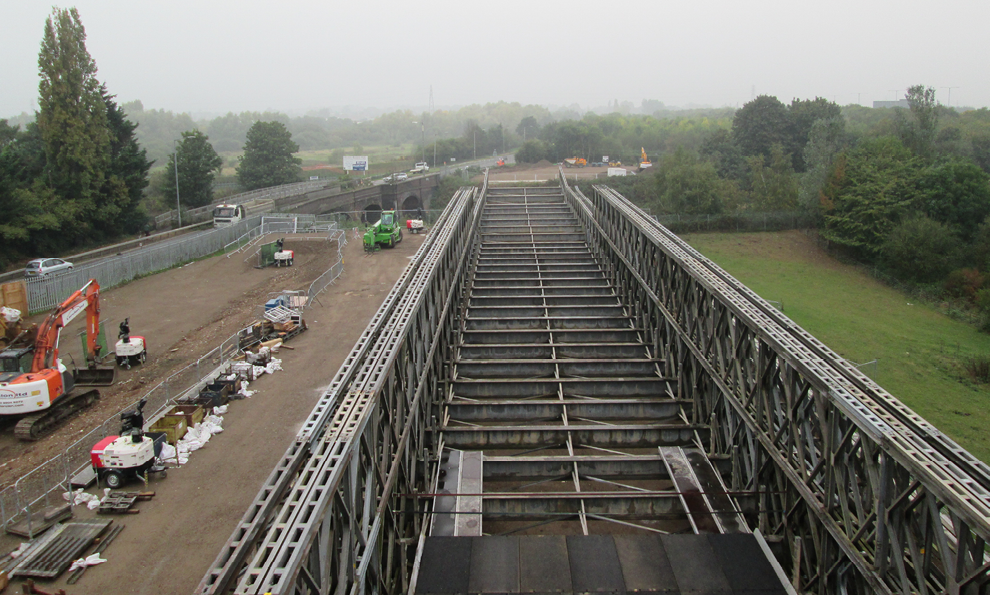 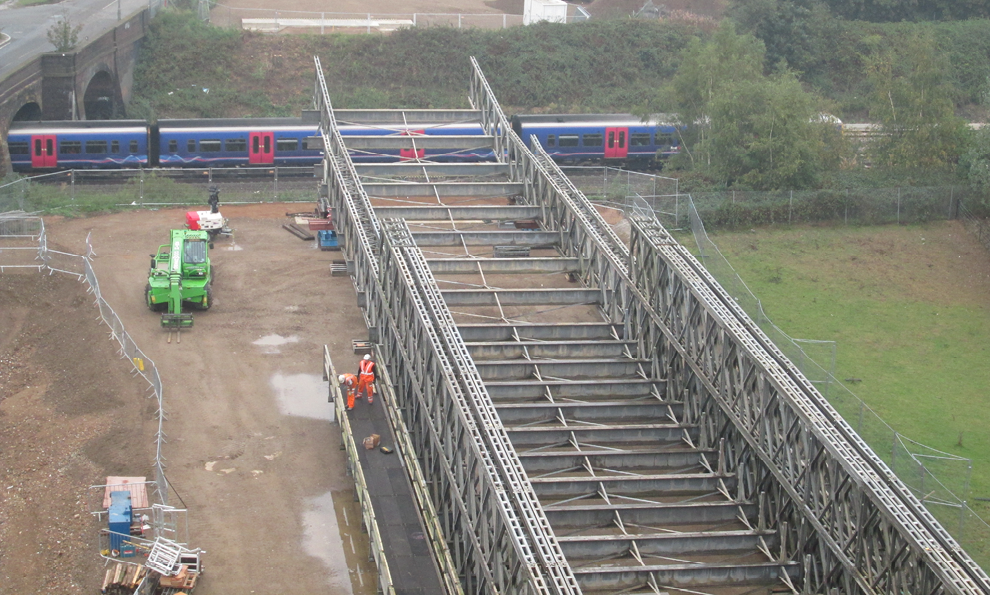 During the removal of the old bridge over the Western Mainline between Maidenhead and Paddington and the construction of the permanent structure, a temporary bridging solution was required to maintain the flow of traffic.

To minimise disruption to the rail service and the public, the bridge needed to be installed within a four hour possession, or restriction of access period. 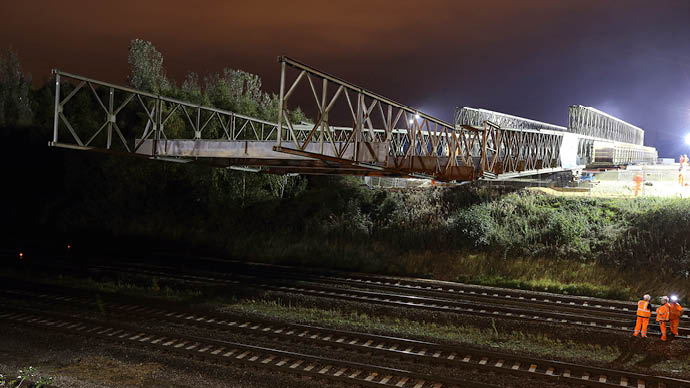 After successfully installing a 50m temporary bridge at the Stoke Poges section, we worked with Balfour Beatty Rail to install a 60m span two-lane bridge at Thorney Lane.

A Mabey Universal Vehicle Bridge with cantilever footwalks was designed by our engineers and built on rollers alongside the railway in the three weeks prior to launch.

The 350te Mabey Universal Vehicle Bridge was launched into position by pushing it out across the railway and was installed safely within the short possession time.

The Thorney Lane project was shortlisted for a Rail Exec Most Interesting Award.

Crossrail is due to be completed in 2021, with the new line being officially named Elizabeth line.

We’re delighted to have been involved in this part of the Crossrail Project. It’s a key project for Network Rail and will significantly enhance public transport in London and the South East. Working alongside Balfour Beatty Rail, Mabey Hire’s temporary bridging expertise will allow for significant improvements to be made to the rail services in the Slough area.