Tunnelling in London presents many complex engineering challenges. With a maze of existing tunnels, sewers, utilities and building foundations to navigate, care and consideration needs to be given to every hole drilled.

When such a degree of accuracy is required, real-time monitoring allows any issues to be responded to quickly, safely and efficiently, enabling work to go ahead as planned, without affecting the integrity of surrounding structures. 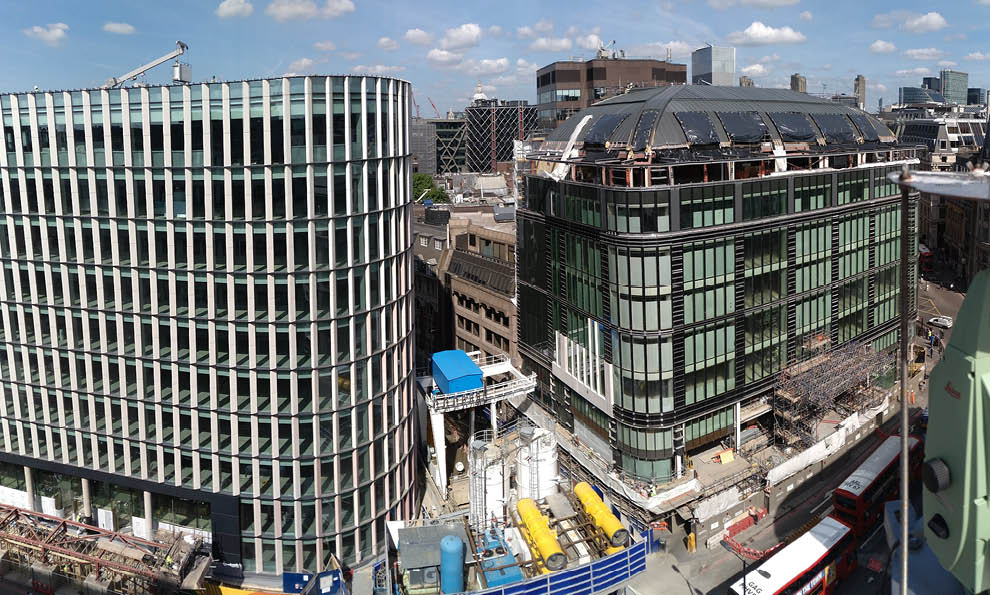 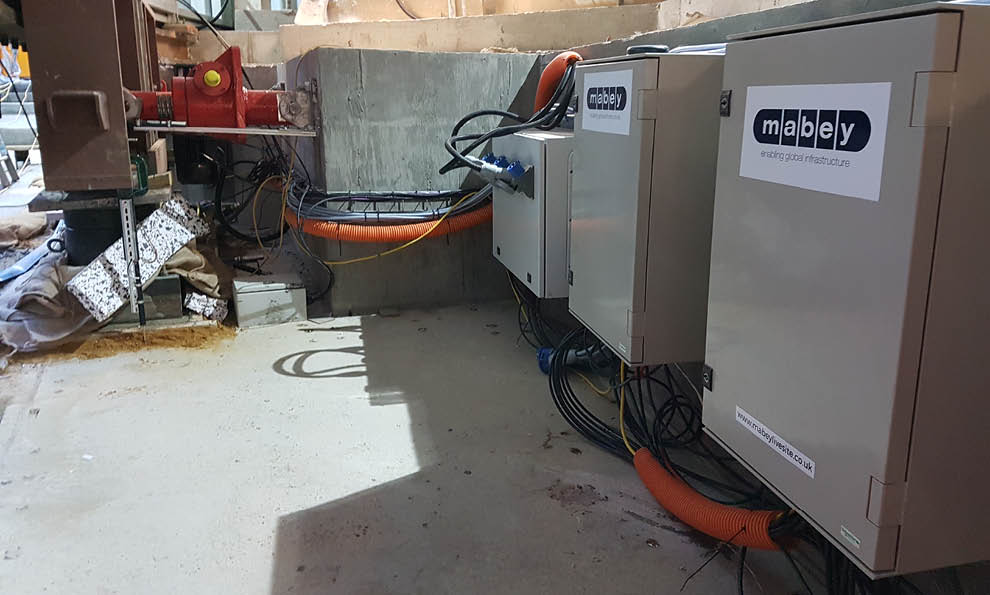 of movement could jeopardise the building’s glass exterior

Dragados was appointed by London Underground on behalf of Transport for London (TfL) to carry out the Bank Station Capacity Upgrade which included the construction of over a kilometre of running tunnel including a new southbound platform and multiple walkways.

Directly adjacent to the worksite sits a multi-storey building — the 33 King William Street development (now 33 Central) — which features a full glass facade. With the building foundations sitting so close to excavation work, movement of just one-and-a-half millimetres could jeopardise the building’s glass exterior. 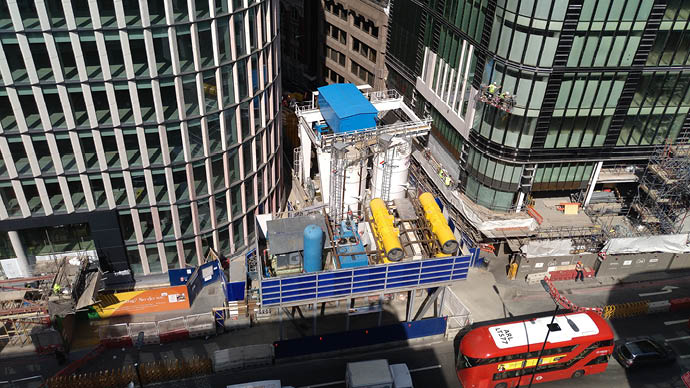 Dragados engaged us to develop a mitigation system which would allow works to be carried out safely, adjacent to the building.

Accurate real-time monitoring of the height and position of the existing building columns of 33 King William Street ensured that any movement resulting from the tunnelling work never exceeded set parameters. Any movement of the building from activity below ground was measured using tilt-sensors. In the event of any small vertical movements a series of hydraulic screwed ram jacks would return the columns to their original position, while horizontal movement was managed by electric screwed ram jacks. Both teams were notified immediately if any movement did occur.

When tunnelling in such complex locations as Central London, there is no room for error. It was vital that our construction and engineering teams had access to a complete real-time view of the state of surrounding structures, as well as the project itself, and any environmental impact. Mabey Hire’s monitoring solution enabled the works to go ahead safely and efficiently as planned and provided assurance that the integrity of surrounding structures would not be compromised.