Derby Waste is a Mechanical Biological Treatment (MBT) facility with an on-site gasification plant. The facility diverts up to 98% of residents’ residual waste, while also generating enough electricity to power 14,000 homes. 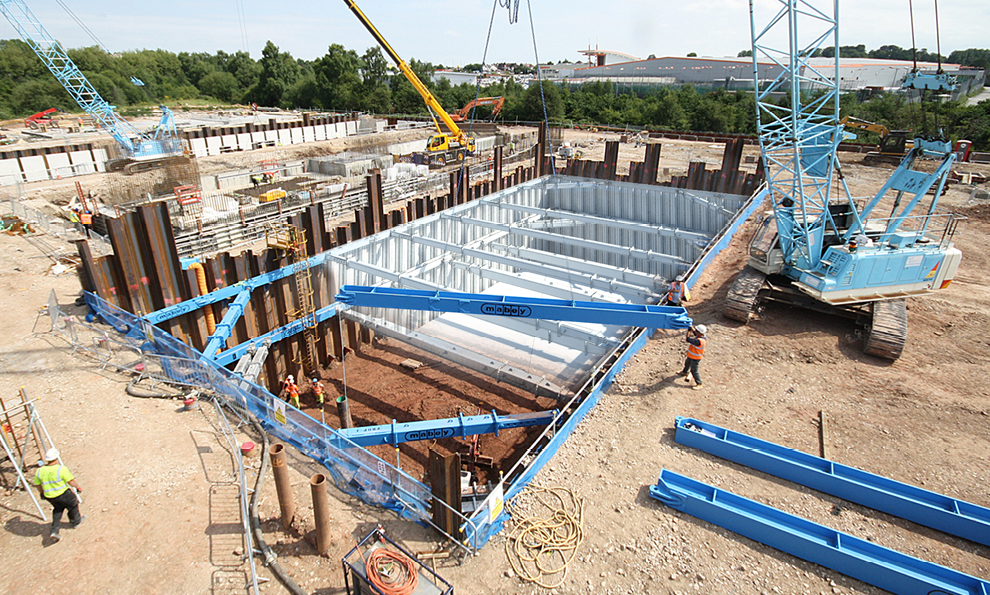 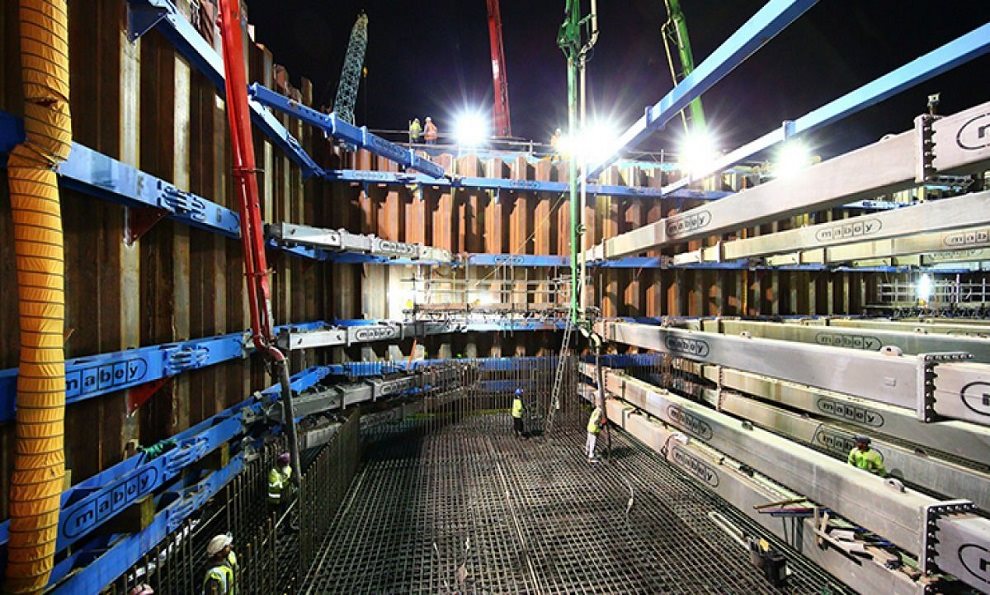 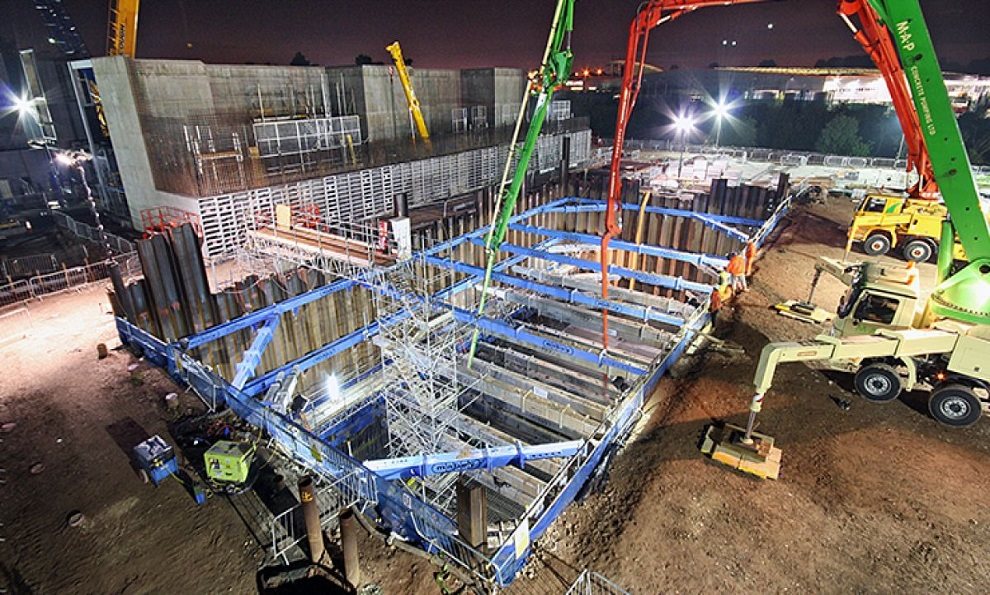 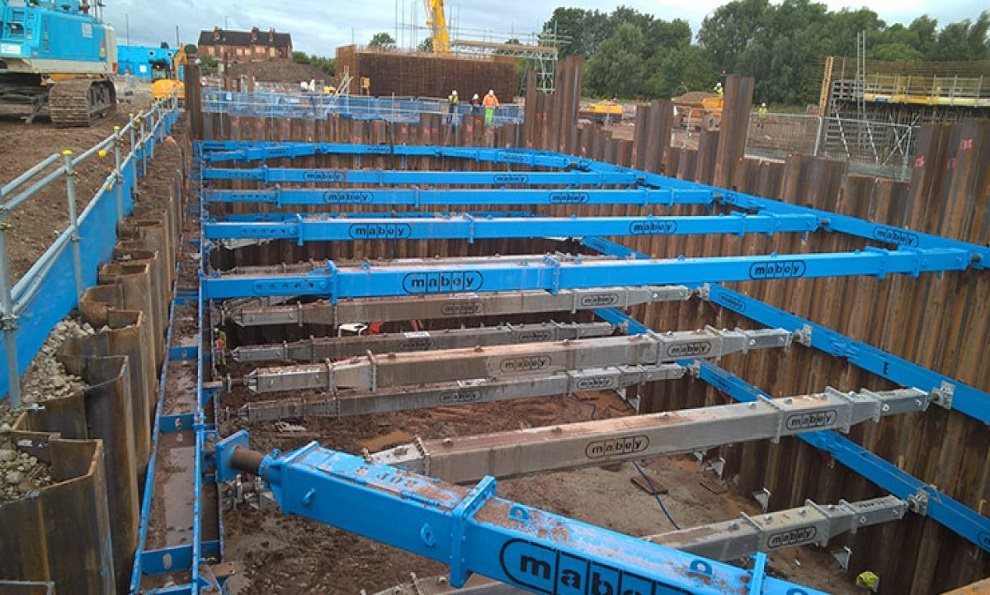 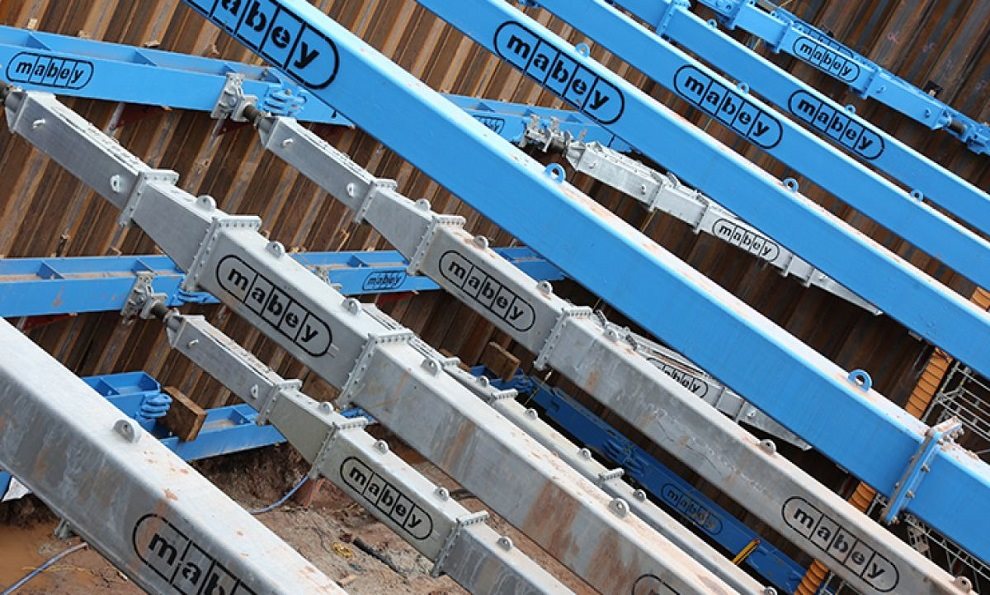 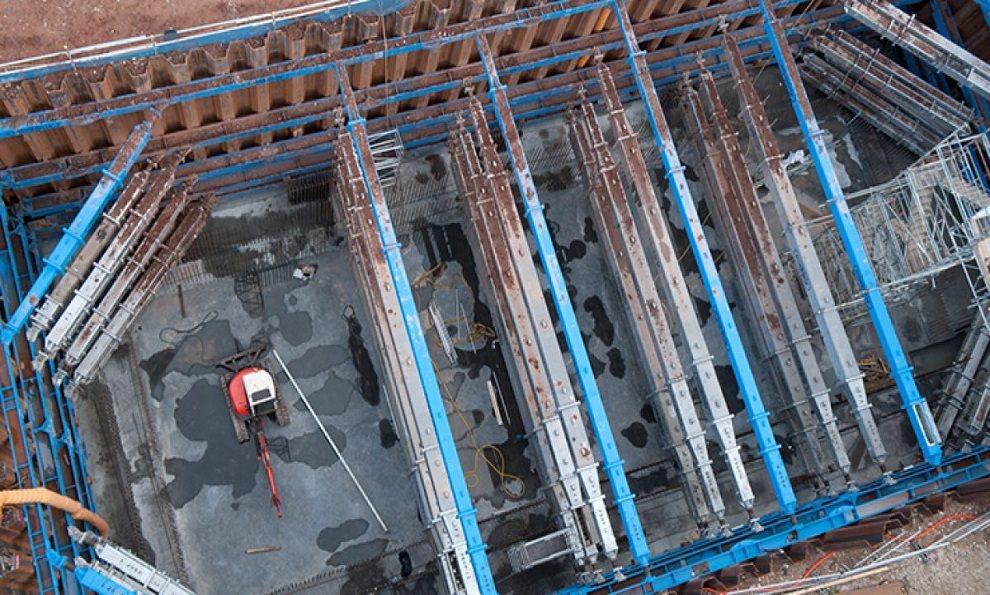 Homes generated with power from the facility

Levels of frames were used to support the extremely large excavation

We were called in to support the reception pit - an excavation to facilitate the tipping of waste prior to it being sorted for processing within the plant. Our engineers’ design specified a number of frames, using both Super Shaftbrace and Supershaft Plus to support the deep excavation.

At 39m long, 19.2m wide and 12.3m deep, it is one of the largest excavation support projects we have ever undertaken. Subcontractor Ivor King Piling provided the installation of the 600mm wide sheet piles to a depth of 19m. 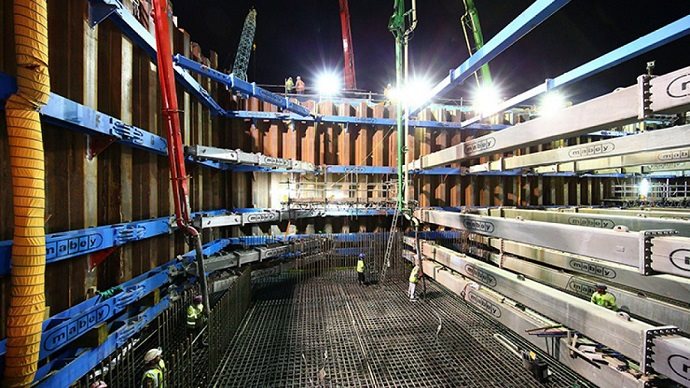 There was geotechnical variability across the excavation, as it was partly located in a backfilled Tannery settlement pond. Consequently there was variability between boreholes and differences in groundworks levels.

In addition, construction sequencing was critical as wall lifts had to be poured in two 6m high lifts. Our design allowed the three lower frames to be removed after the base was cast against sheets, acting as a strut. This allowed the first wall lift to be poured without any framing obstructing the shutters. The excavation could then be backfilled to this level, allowing the upper two levels of frames to be removed, and the sheets to stand in cantilever, again with no obstruction.

To aid the planning of the construction sequencing, our Digital Engineering team provided Interserve with a Revit model of the excavation, with project phases created. This allowed the site teams to visualise the complex installation and removal sequence of the support frames around the excavation, concrete construction and finally the backfill operations.

We utilise BIM design in our procedures and Mabey Hire is Level 2 BIM compliant so fall in line with that. There were huge benefits in the visualisation including getting a feel for how the excavation would look and in particular, the sequencing of the scheme. Various copies of Mabey Hire’s sequencing drawing were displayed around the site, aiding the health and safety by allowing site personnel to plan accordingly. It also highlighted possible construction constraints we could encounter on site. It brought questions from all levels of the site team that ordinarily may not have been raised.