When an articulated lorry smashed into one of the main supports beneath a bridge over the M6 in Lancashire, Highways England had no choice but to close the motorway in both directions immediately.

The structural integrity of the bridge had been severely compromised, so our emergency response team were called in to provide a propping and jacking solution to quickly support the bridge, ensuring the safety of anyone in the structure’s vicinity and to minimise disruption to road users. 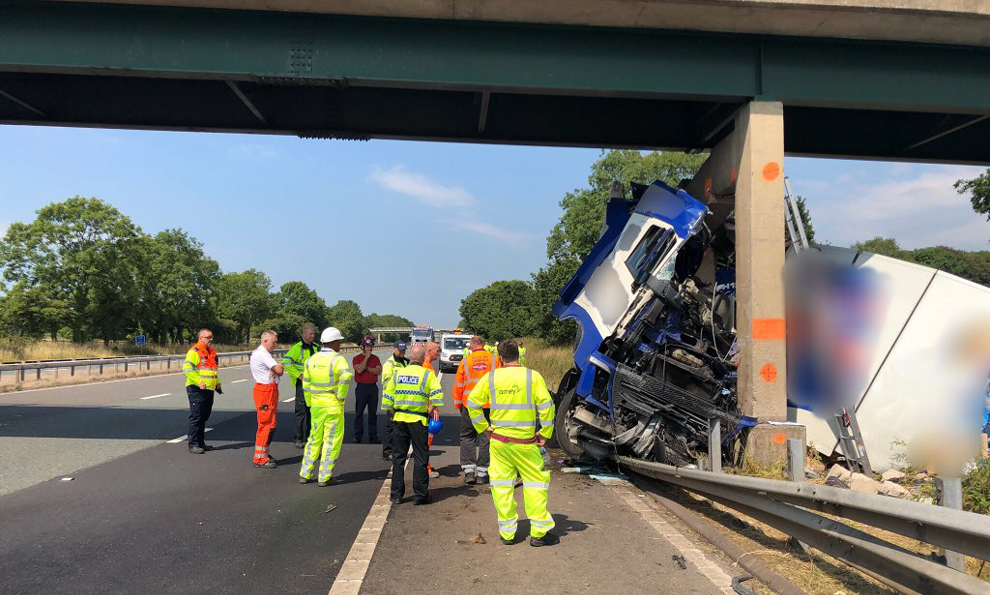 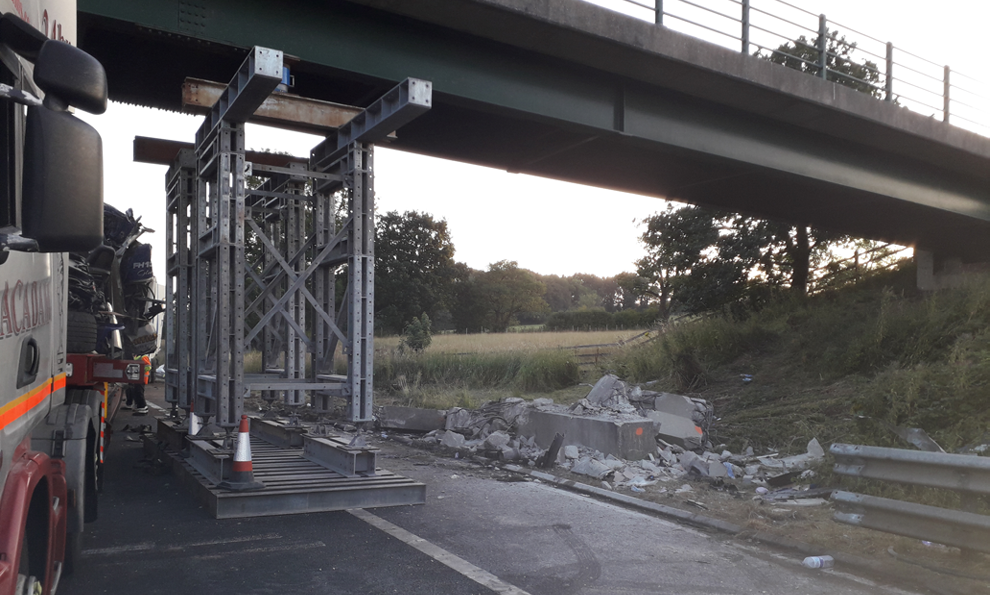 When an articulated vehicle crashed into one of the main supports of a bridge over the busy M6 Motorway in Lancashire, the entire structure was in danger of collapse. Thankfully, the driver was not seriously injured, but the impact was so severe that the truck demolished one of the concrete columns supporting the Turner’s Farm accommodation bridge between junctions 32 and 33, which led to the subsequent closure of the M6 in both directions.

For Highways England – not to mention users of this busy section of the motorway network – the main priority was to get the bridge stabilised as quickly as possible to enable traffic to flow again. 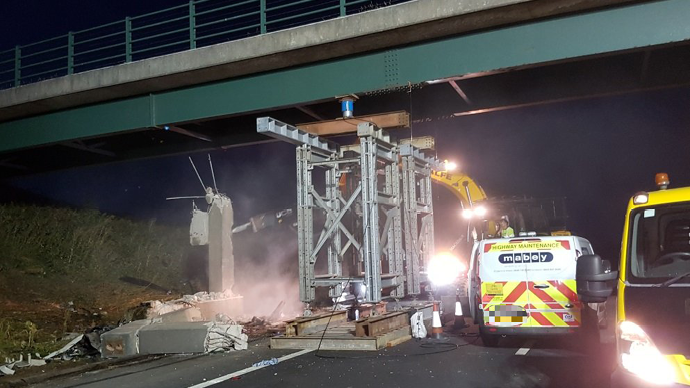 Our engineers worked through the night to design and install a solution which comprised of two Mass 50 four-legged towers with base beams (each capable of supporting vertical loads of approx. 480kN) to spread the load on the carriageway, as well as header beams and hydraulic Hymat Jacks which supported the existing bridge beams. The system design had to ensure that support points were located at a position which would not overstress the existing structure, while also providing adequate room to extract the wreckage of the lorry safely. The bridge propping solution was partially assembled at our depot to increase speed and minimise manual handling on site.

To get an accurate picture of the bridges behaviour during the operation, our structural monitoring solutions were installed whilst the work was carried out, providing real-time data on the load, temperature and vertical movement. All this information was fed back to our Insite portal, providing a real-time view of the bridge ensuring the safe load transfer to the temporary works and realignment of the bridge deck back to its original position.

The solution was installed overnight, which enabled the safe removal of the wreckage, and allowed the road to be re-opened within approximately 24 hours of the accident.

A few weeks later, following the successful completion of the emergency solution, we designed and installed a semi-permanent propping system compromising of Mat 125 towers with hydraulic Hymat Jacks on top to support the bridge. This semi-permanent structure allowed for all lanes on the motorway to be reopened whilst a permanent replacement pier could be designed.

Mabey Hire provided an absolute first-class response. From the initial call, Mabey Hire engineers designed and delivered a solution that enabled us to re-open the road in little over 24 hours. The team worked tirelessly, and we are extremely grateful for their support.