Newland Bridge in Yorkshire carries the A645 over the River Aire, connecting Goole and Selby. As a result of the embankment approaches suffering up to 800mm of settlement since its construction in 1991, structural failings in the bridge had been identified and reported as requiring urgent repair. The damage restricted the passage of large loads and, if left unrepaired, the bridge would have to be closed with a significant impact on the economies of Goole and Hull. 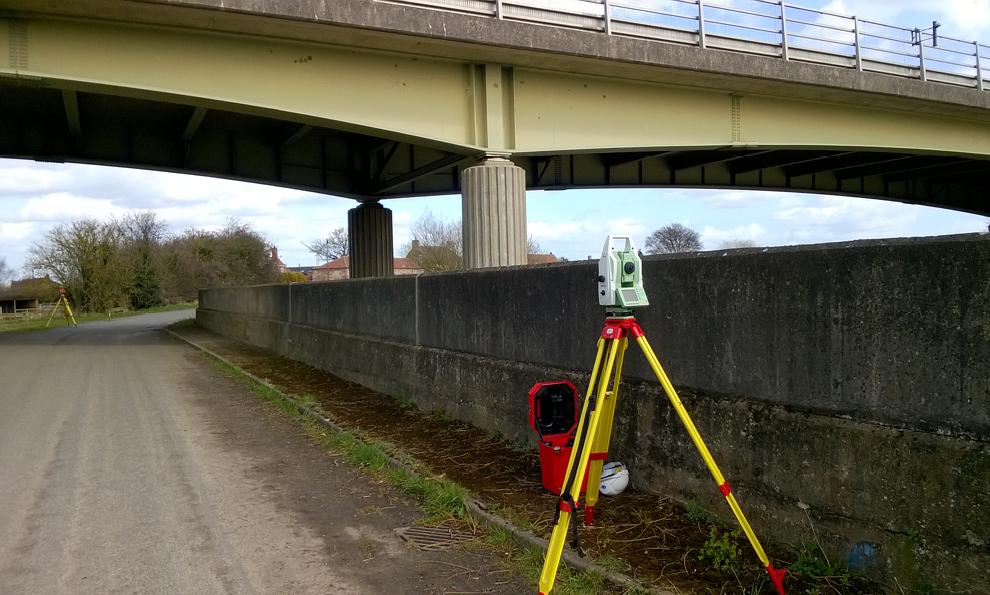 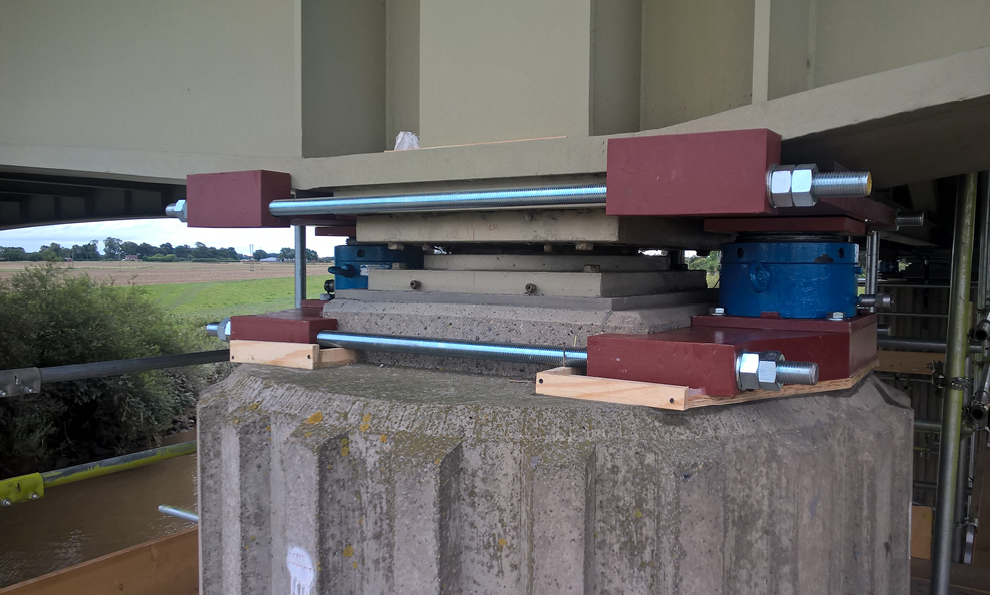 readings taken by sensors each second

The ground movement had caused the abutments to be dispatched towards the deck, leaving the bearings at the west end of the deck non-functional. Bridge bearing specialist Ekspan were carrying out the removal and installation of the bearings and they contacted us and consultants Arup at early contractor involvement stage.

Firstly, a hydraulic jacking scheme was needed to control the movement of the bridge during repairs.

To allow engineers to monitor the effect of the repair and deck positioning works, accurate real-time information was essential. 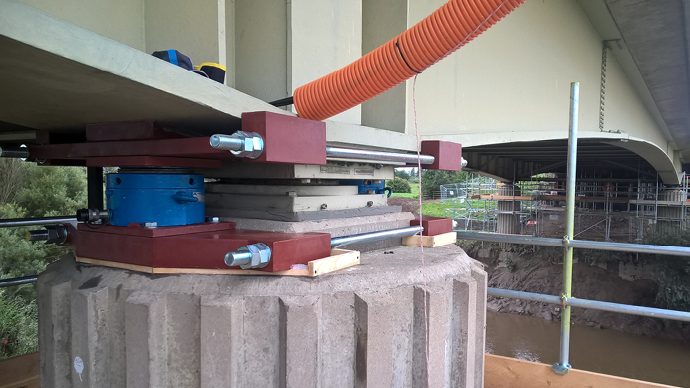 We designed and developed a complex hydraulic jacking scheme with Arup to control the movement of the bridge and dispel the existing propping force into the deck to enable the safe execution of the repairs.

Built into the design was controlled live monitoring which was in place throughout the bearing removal and installation process. This monitoring ensured the bridge structure remained within the prescribed tolerances throughout the duration of the works.

32 hydraulic jacks ranging in capacity from 75Te to 300Te were used to lift the bridge vertically in order to replace the bearings. The loads on the jacks were also continually monitored, ensuring that the propping force was controlled.

By working closely with Ekspan to undertake the installation of the temporary works, and the removal and replacement of the bridge bearings, the project was delivered safely and on time.

We were awarded the main contract for this scheme by East Riding of Yorkshire Council and it’s the largest bridge maintenance scheme we have carried out for several years. Mabey Hire assisted us during the tender process, not only with costs but also the planning and methodology of their works, which allowed us to integrate this knowledge into our activities and gave us a better understanding of the scheme at that stage. The programme is a very critical aspect of this project and the relationship between our companies was vital for us to meet the employer’s requirement in achieving the completion date.

The Mabey Insite and alert system was instrumental in allowing the suite of readings to be monitored and analysed in a cost effective way for the client. It negated the need for an engineer to check the readings daily.