Designed to reconnect London with the River Thames, the multi-billion Tideway project features a complex series of construction works all over the city, each requiring a unique temporary works solution. One such example is the temporary propping solution at the King Edward Memorial Park Foreshore site, which saw us take our bespoke freestanding solution 60 metres underground in order to help construct a key piece of the infrastructure. 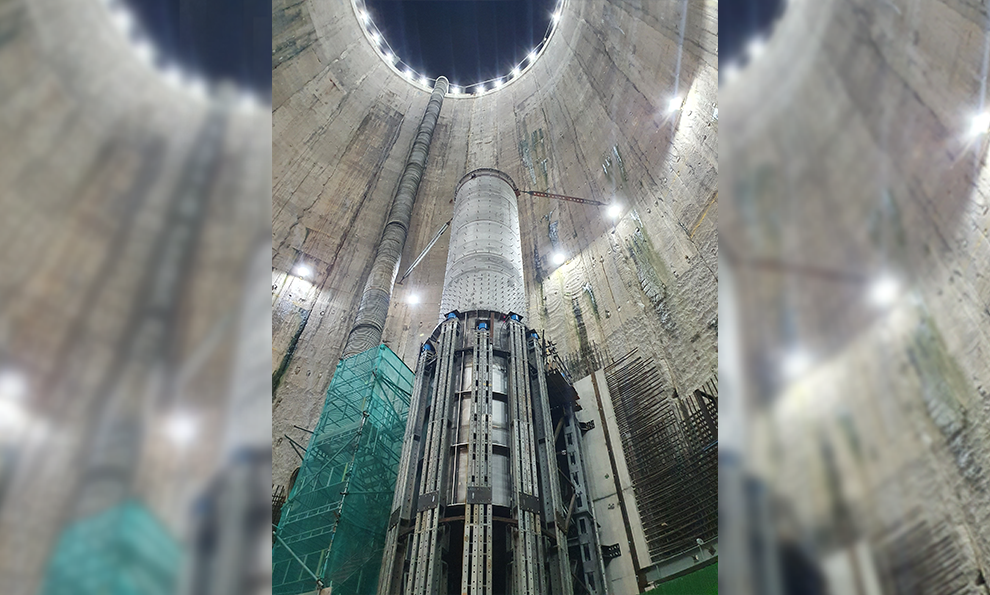 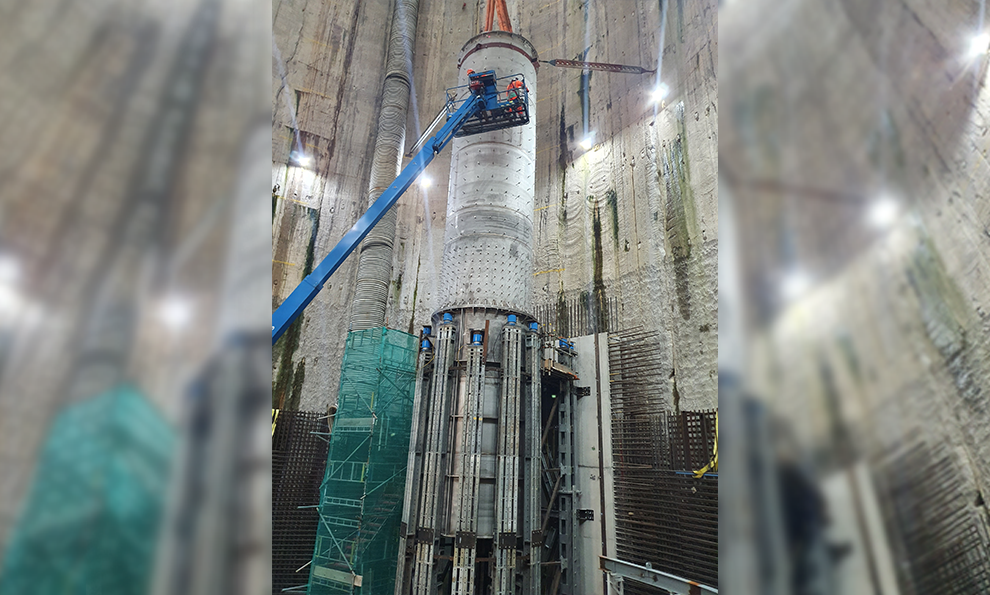 Currently, London relies on a 150-year old sewer system, one that was originally built for a population less than half its present size. As such, when it rains heavily, the system can often become overwhelmed, with millions of tonnes of sewage overflowing into the River Thames. The Tideway project seeks to rectify this, with the construction of a new 25km ‘super sewer’ underneath the river.

An immense project, with an intended completion date of 2025, Tideway has construction sites and shafts all over the capital city. We are one of the many suppliers working on the project, with our temporary works expertise and end-to-end service offering being utilised on the King Edward Memorial Park Foreshore (KEMPF) site on the north side of the river.

The KEMPF site is one of several where a vortex channel is being constructed in the vertical tunnel shaft. Formed of a large 60m long tube positioned vertically within the shaft, the vortex will help to take sewage from the overflow tunnel under and across the river to the sewage plant. In order to facilitate the construction of the vortex channel, a bespoke temporary support scheme was required.

Speaking about the project, Tim Delplanque, Site Agent for CVB Joint Venture, said: “We needed a solution that would provide temporary support to the vortex tube and hold it in position, while the slip form rig cast the shaft’s secondary lining. On previous sites, a large concrete plinth was cast to provide the required support, but this was a far longer and more time-consuming scheme solution.

“It was here that we turned to Mabey Hire – they were the only temporary works provider with both the equipment and the engineering capabilities needed to deliver the works safely and efficiently.”

The temporary propping scheme was to be installed first, with the vortex tube then lowered down between the props and secured, before the secondary shaft lining was cast. As such, precision was essential, with the positioning of the vortex tube needing to be perfect.

We were contracted to design, supply and install the scheme, with the final design featuring Mass 50 and Mat 125 props and Hymat HM100 Jacks. Once the propping tower was installed and the vortex tube was in position, the Hymat jacks were then used to make any final adjustments to the positioning, taking into account any deflection or movement.

Tim commented: “There were numerous challenges on the project, which we worked closely with Mabey Hire on to overcome. One was the time constraints. Only once the temporary propping support scheme had been completed could we proceed with the installation of the vortex tube and the rest of the shaft construction works. Fortunately, Mabey Hire was able to prefabricate and pre-assemble a large percentage of the propping equipment, which enabled a faster assembly process on site at the shaft.

“However, perhaps the main challenge was the site access, with a tight and limited working space available.”

Grahame Duffy, National Account Manager at Mabey Hire, added: “First of all, we had had to consider how we would transport the propping equipment down to the bottom of the 60-metre shaft. Then, it was a matter of working within the small base of the shaft to assemble and install the temporary propping scheme. Given the site constraints, it required a careful sequencing of the works – for example, once we had built one part of the system, we would have been unable to access other sections.

“This is where our in-house installation capabilities really came into play, with our install team working closely with our field engineers to ensure the installation process went as smoothly as possible.”

The KEMPF site is not the first Thames Tideway site we've worked on, with our temporary works expertise also being utilised at Greenwich, where a Combined Sewer Overflow (CSO) Chamber was being constructed. Here, we provided the necessary groundworks support for the safe and efficient construction of a cofferdam, with its in-house fabrication ability helping to deliver the bespoke support components required due to the off-set levels of propping.

Grahame concluded: “As a temporary works specialist, it’s always an incredible honour to work on building, restoring and improving our country’s infrastructure. We’re proud to have done our bit in contributing to the safe delivery of Thames Tideway, a project that will leave a positive, lasting legacy for London and its residents for many years to come.”

Our temporary propping scheme remained in-situ at the King Edward Memorial Park Foreshore site until December 2021. Tideway is expected to be completed in 2025.