“What we are trying to do is to ascertain the load in the strut by the most accurate means we can,” explains Holland, discussing the development of the company’s new LIVEpin.

“We thought of a number of different options to get the load in the strut by different means, but the best idea seemed to be to use a shear pin at the end of a strut and to modify the strut itself to accommodate that. The actual accuracy of the pin is 1.5%, which is something we can really shout about.”

“Once we had developed the initial prototype, we did tests that were all about the accuracy and repeatability of the data: concentric and eccentric loads; high and low loads; different temperatures,” he adds.

“The next stage was to figure out a way of getting that information from the pin to our dedicated information website. Our preferred option was for it to be wireless; and we also wanted to make it as small and powerful as possible, while keeping it autonomous to a reasonable period.”

The third part of the process was to develop a system and protocol that would enable the data to be collected and sent as quickly as possible while giving confidence that it is reliable and as accurate as possible. This has been achieved by designing repeaters that are strategically placed around the site that amplify the signals to send load and temperature information every 30 minutes, but to switch automatically to once a minute if the load goes above a pre set threshold and then return to the lesser frequency of readings following a latency of returning below the threshold, thus saving on readings and power, helping the autonomy of the system. 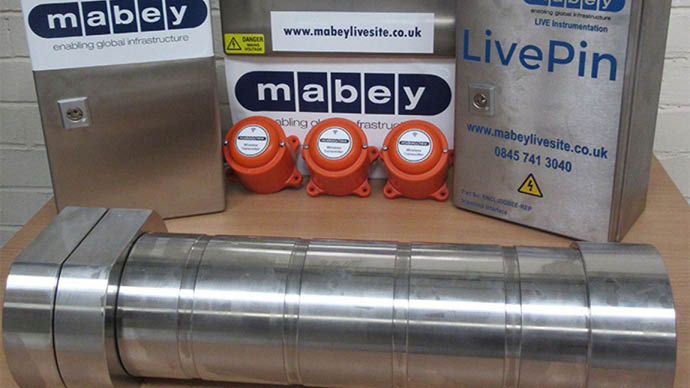 The information from the pin is collected by a logging device on the site, which sends it via 3G to the website. As with the rest of the system, the logger is built with redundancy to ensure that data is always captured. 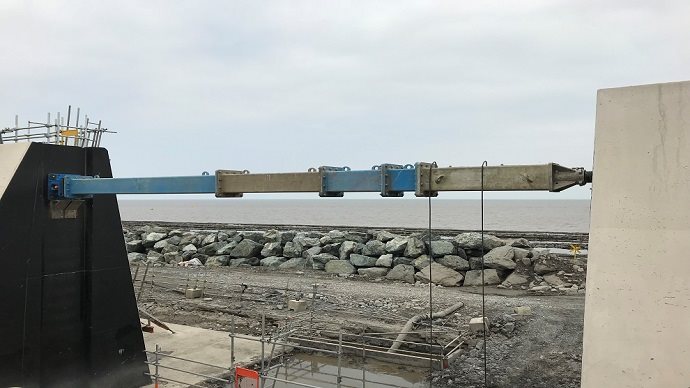 Bringing together a wealth of engineering experience with cutting-edge technology means, we can keep sites safer with real-time data.