Leading bridge and engineering services specialist Mabey Hire has supported JN Bentley in the construction of a new concrete flow gauging station for the Environment Agency on the River Nidd near York.

The primary purpose of the station is to monitor water levels on the Nidd at Skipbridge and ensure the Environment Agency can provide early flood warnings to the city of York should the river exceed ‘normal’ levels (over 4.64 metres).1

To build the flood monitoring station, JN Bentley needed to re-route the River Nidd and create a dry working space in a timeframe that avoided disruption to breeding course fish and their eggs between November and March.

In the early stages of construction, Frami was harnessed to create a bespoke flood protection barrier while the river diversion took place. Once the dry working space had been created, Frami was then used to create non-standard shaped concrete pours for the gauging structure itself.

The lightweight nature of Mabey Hire’s equipment mitigated the need for a crane and allowed the required concrete structures to be erected quickly and efficiently on-site. This ensured work was completed in a timeframe that did not interfere with breeding fish.

Commenting on Mabey Hire’s role, Tom Sherwood, site agent at JN Bentley said: “Mabey Hire’s lightweight, manhandle-able, modular Frami solution proved invaluable on this challenging, time-constrained project. Through collaboration with Mabey Hire, we were able to develop a unique solution which helped us to divert the river and erect the station efficiently, without damage to the local fish population.”

Gordon Macdonald, CEO of Mabey Hire UK, added: “We pride ourselves, not only on delivering solutions that work for our customers, but providing the on-site expertise that enables the quick, safe and efficient delivery of their end goal. It was great to see the flood monitoring station delivered on schedule, which will play a huge role in protecting this area of Yorkshire against future floods”.

Environment Agency project manager Oliver Wilson said: “The gauging station at Skipbridge is one of the Environment Agency’s critical assets for our flood warning service and for managing water resource available for abstraction.

“Having an early warning that the Ouse could overtop in York means we can act early to prevent flooding by closing flood gates in the city.” 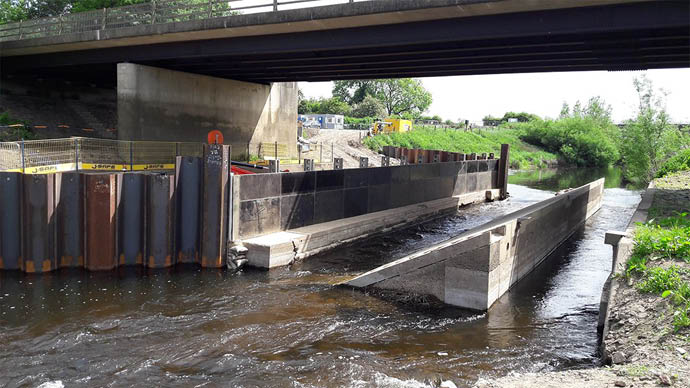 The gauging station at Skipbridge is one of the Environment Agency’s critical assets for our flood warning service and for managing water resource available for abstraction. “Having an early warning that the Ouse could overtop in York means we can act early to prevent flooding by closing flood gates in the city. 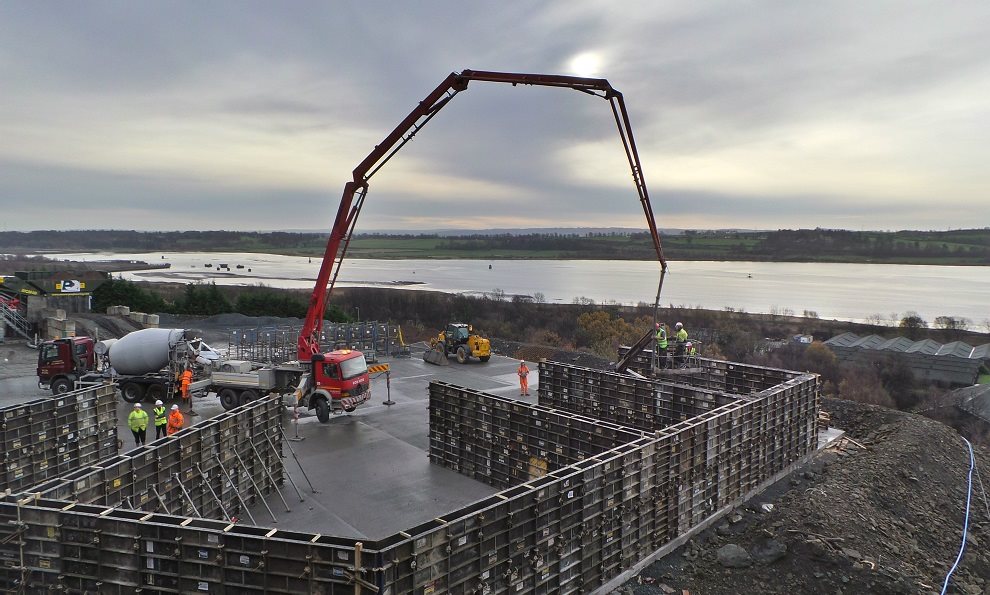 Our Frami panel system is a lightweight modular formwork system for the creation of small concrete structures and walls up to 3m in height. It is ideal for projects from cellar tanks, combined sewer overflow (CSO) chambers and block foundations or strip footings to larger retaining walls, tank walls, swimming pools and basement construction.